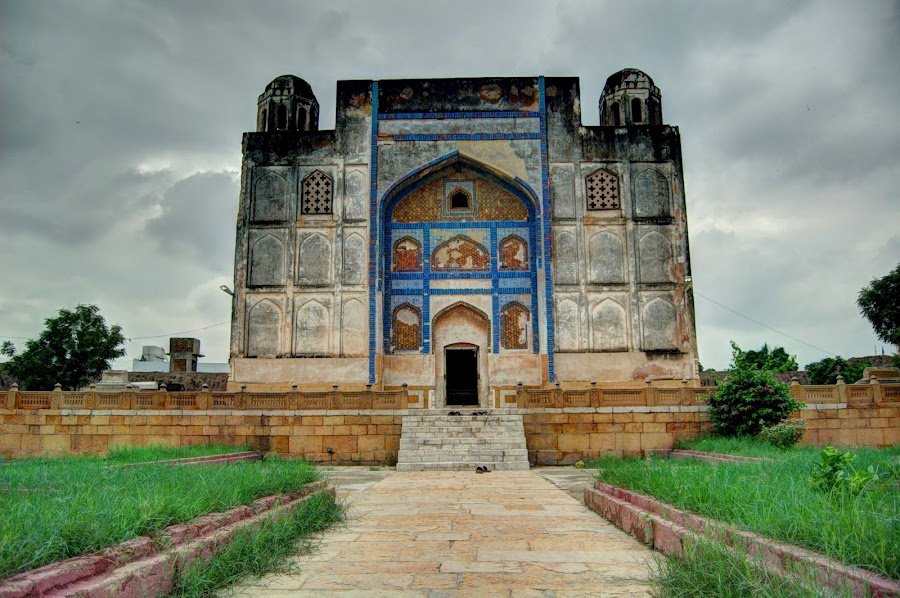 Situated 15 kilometer in the east side of Daulatpur town deployed in the district of Nawabshah in the ancient necropolis named after Mian Muhammad who rule the province of Sindh for about thirty-five years in the period of 1719-1753. The dynasty of Kalhoras generated 4 strong rulers i.e. Mian Yar Muhammad, Mian Noor Muhammad, Mian Nasir Muhammad and Mian Ghulam Shah. 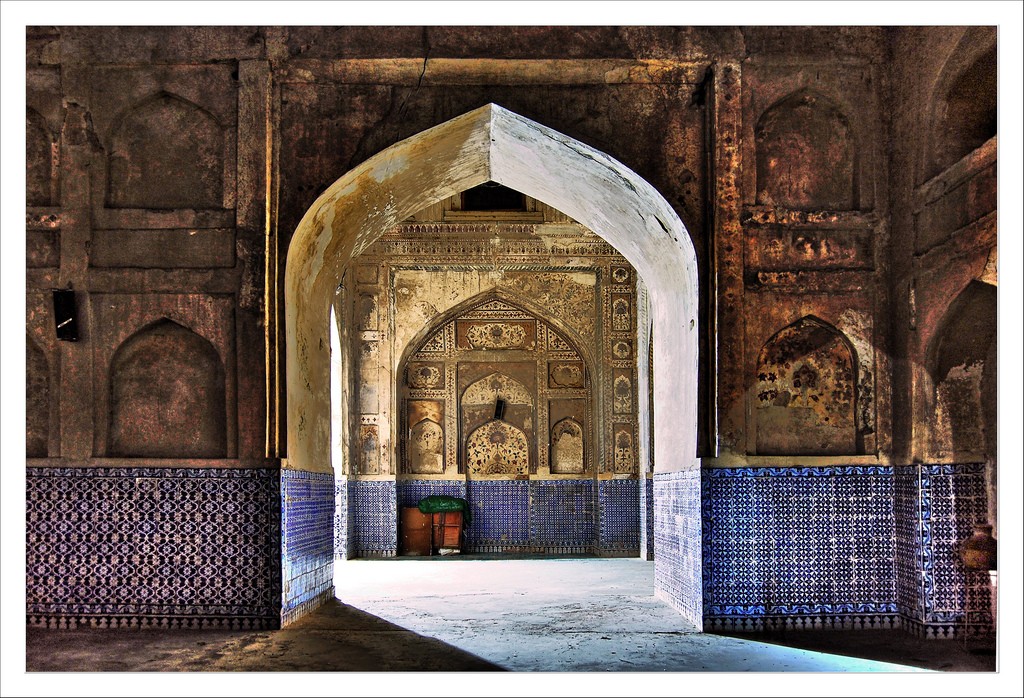 The numerous tombs of the Kalhoras era are destructing brick by brick; the most eminent tomb in the graveyard is of Mian Noor Muhammad. The nature and the authorities have played devastating role with this beautiful tomb. The crumbling parts of his tomb have been white-washed for necessary reconstruction thus ruining the natural and genuine beauty of this architecture. The more destruction has been implemented by the utilization of undressed stone which does not get any resemblance with the previous dressed stones.

A mosque of 3-dome structure beside the entrance of the tomb also deploys in a miserable condition. The bricks have fallen and the entire domes have been caved in hence evidencing the mud which was once used to be hidden under the bricks. 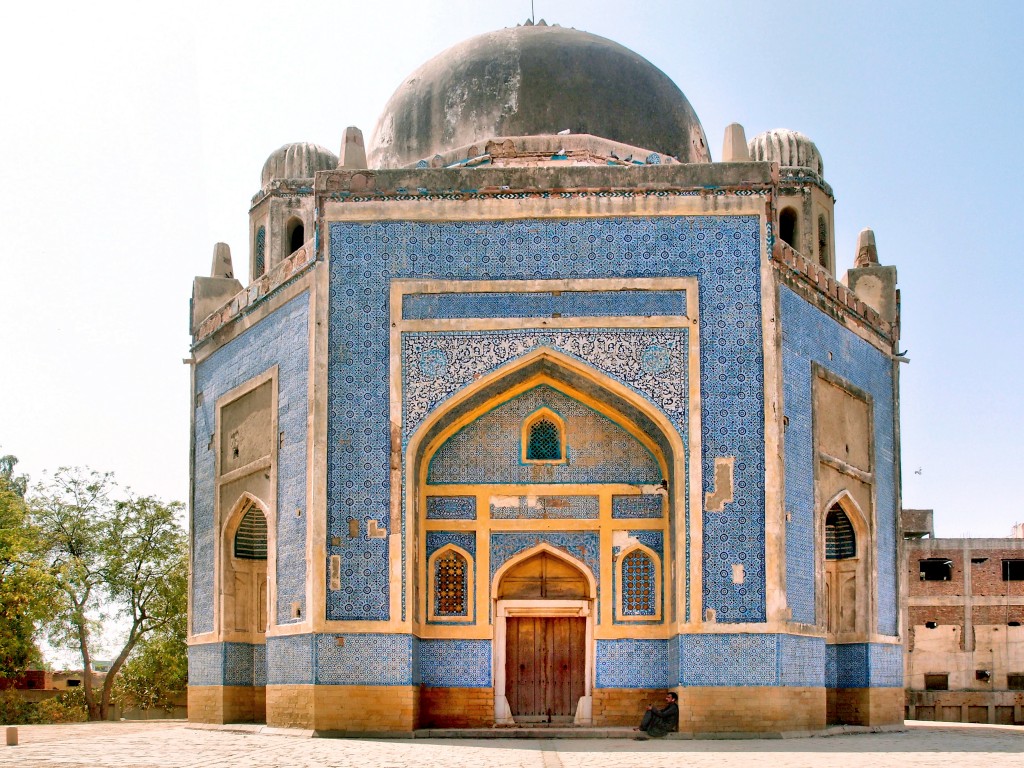 The tomb of the minister of Mian Noor Muhammad, Rajo Leikhi, also presents a deplorable view. The tomb’s dome have been caved in since 2 decades ago hence presenting the murals to rain and sunrays.

The copious rain that whipped the districts of Badin, Nawabshah and Sanghar ruined many ancient structures in these districts. Mian Noor Muhammad’s graveyard having domes was crumbled while the others just caved in. A section of the southern wall of the courtyard of Mian Noor Muhammad’s graveyard also destroyed in the rain. The particular domes of the tomb of Mian Khudadad Kalhoro and Mian Fazal Ali Khan Kalhoro’s tomb  have also devastated hence ruining the grave from inside. 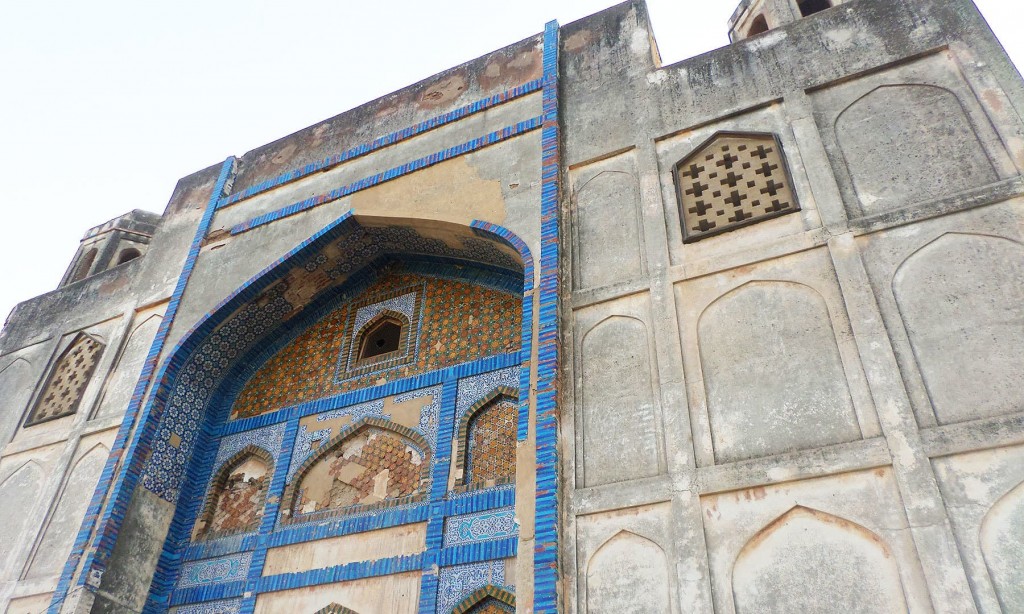 The vast octagonal tomb of Qaim Khan Korai who was the minister of Mian Noor Muhammad has also been demolished on the eastern side. The tomb of the wife Mian Noor Muhammad i.e. Mian Gulan resides to the west side of the Mian Noor Muhammad’s tomb. The rectangular plan of the tomb’s dome is also been slightly ruined. Because of erosion, the attractive floral and geometric styles have also lost their dignity and glory.

The ancient tombs of Budho Khan and Adho Khan are also collapsing to pieces with deep cracks establishing in the domes. The murals have faced much destruction due to the rainwater. Similarly, tomb of the physician of Mian Noor Muhammad i.e. Atta Taib and the Shahdad’s Tomb; the noble in the court also deploys in a shabby situation. 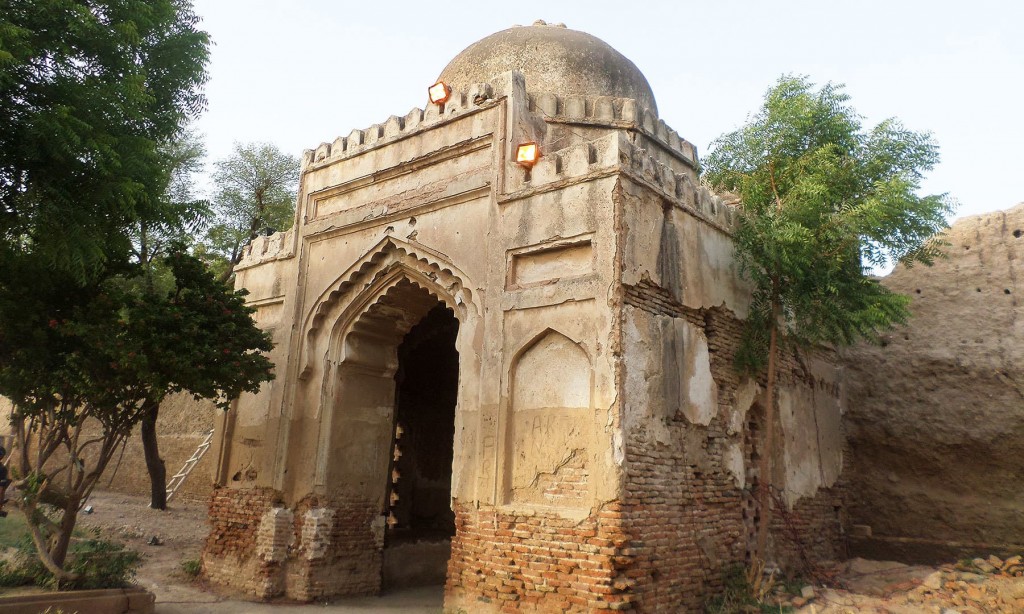 The authorized officials should immediately repair the destructive walls of Mian Noor Muhammad’s tomb before the left over section of wall caves in and the spoilage should be vanished. All the ruined domes should be reconstructed and precautionary measures should be implemented to terminate vandalism.