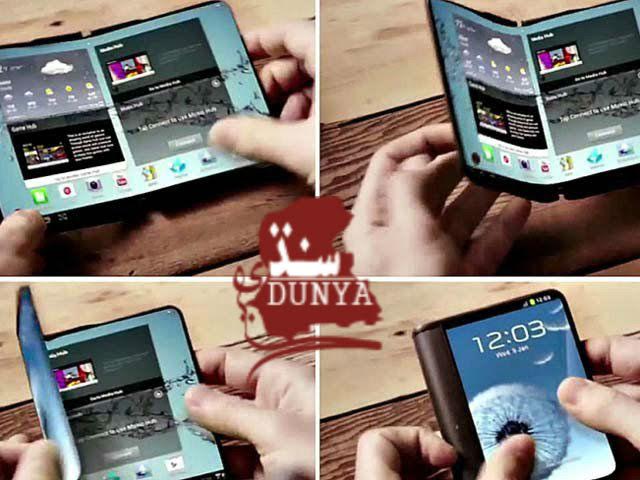 Samsung and other companies are working on flexible display of special plastic that will be able to turn into the smart phone if you fold it and if you hold straight it will be a tablet and these models will be offered for sale in the next two years. Samsung is named this idea “project Valley”. According to the several experts of technology forecaster and websites, Samsung wants to lead over Apple through flexible screen. On the other hand the LG has also started working on the TV like wrapped paper which may appear in the next years. The first picture was released of this phone on Chinese social media site. According to the website, perhaps 3 GB RAM, SD card slot and snapdragon chip will be used in this new Samsung phone. Samsung has invested heavily on its testing and this mobile will become a tablet on opening the screen while on the folding, it will become a phone and it will be easily kept in the pocket.