Frere Hall is one of the most striking structures of the British Colonial era which is considered to be the most splendid tourist areas in Karachi. The hall was established in the privilege of Sir Henry Bartle Frere who was encouraged for his services in the propagation of the local economic development and in creating Sindhi as the only official language of the Sindh province. This architecture served the people as the greatest library in the city for many years which was later terminated for some strong reasons. But after that, the hall was again reopened for the visitors on 2011.

The Frere hall is situated centrally in the elite area of the city between Fatima Jinnah Road and Abdullah Haroon Road in the middle of two tremendous lawns which expands till the road. The place is in the Civil lines which is just beside to the famous Marriott Hotel of Karachi. 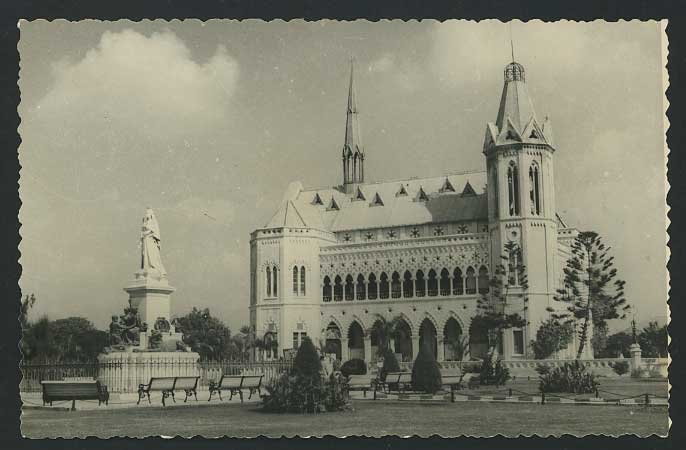 The foundation of gigantic Frere Hall was laid in 1863 and the procedure of construction was completed in merely two years in 1865. It was previously used as a Town Hall during the era of British. In that era, the architecture served as a house for displaying numerous busts which involves King Edward VII as well which was provided as a gift from Seth Dinshaw. This Hall has also placed numerous oil paintings on exhibition of the Former Commissioners in Sindh which involves the famous personalities like Sir Charles Pritchard and Sir Evan James.

In 1877, the British rulers decided to establish rules for the Badminton games which were gaining much popularity at that period.

Regrettably, there was an attack of terrorist group outside the US consulate which is beside to Frere Hall, due to which the Hall was abandoned for public visits. But in 2011, it was reopened again with full honor and glory as the office of US consulate was moved. 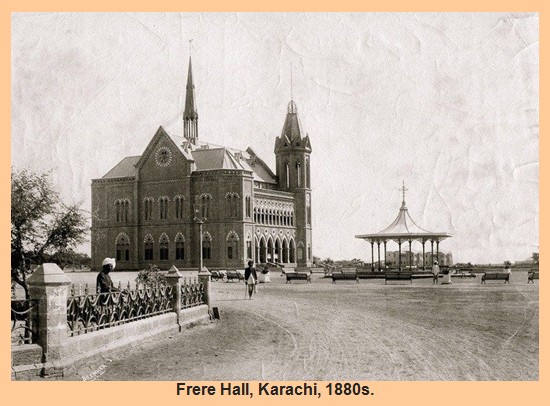 Approximately 12 architects designed the proposal of Frere Hall and the one that was opted came from Lt. Col Clair. The structure was opened in 1865 by Samuel Mansfield. The Frere Hall’s construction charged Rs. 180,000 at that era. The major fund was contributed by the municipality while the government provided only Rs. 10,000.

The Hall is developed in a Venetian design by utilizing yellowish limestone with gray and red sandstones. There are two lush green lawns in the exterior of the Hall which are named as Queen’s Lawn and Kin’s Lawn.

A book fair is arranged on every Sunday in its courtyard which has now become the center point of amusement for the people who loves literature in Karachi and other parts of the country.