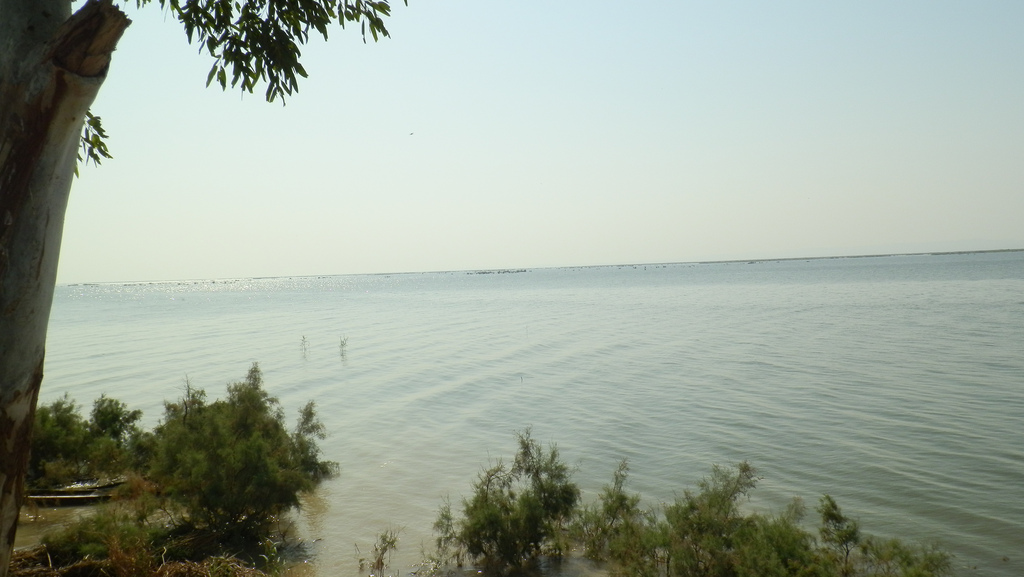 Hamal Lake is located in Qambar Shahdakot District in the province of Sindh, Pakistan. It is situated at the distance of 58 km from Larkana and 40 km from Qambar town. The complete length of the lake extends to 25 km and has width of 10 km. This striking lake owns a surface area of 2965 acres. The lake comprises fresh water and the primary source of water is streams that come via Kirthar Mountains.

Hamal Lake is the sanctuary of inhabitants and numerous Siberian migratory birds such as geese, flamingos, egrets, ducks, coots, gulls, shorebirds, terns, herons, cormorants, ibises. This lake is also a major nursery of fresh water fishes. But unfortunately, the discharge of poisonous and brackish water of Hirdin drain has badly affected the atmosphere and wildlife of this lake.

Campaign to save Hamal Lake:

The society of Earth lovers has strongly condemned the discharge of poisonous water of Hirdin Drain into this lake. The participants established a “Save Hamal Lake” forum to begin a movement of protest against the destruction of historical lake in the foothills of the Kirthar Mountain ranges.

The residents living nearby the lake are susceptible to fatal water-borne ailments as the current outbreak of abdominal diseases had apprehended the whole area; resulting in the death of 5 people.

Zulfiqar Rajpar, the forum secretary, claims that a protest rally would be arranged to capture the concentration of officials towards the lake poisoning.

Previously, the activists of Sujag Bar Tehreek organized a demonstration in the exterior area of press club in order to make a protest against polluting of Sindh’s lake.

They claimed that the salty water of Manchar Lake should not be discharged into the Indus River as it could give birth to gastroenteritis in the lower part of Sindh.

They had appealed the government to take precautionary measures urgently to control gastroenteritis that had recently affected a large number of Sindh populations from Badin to Jacobabad.