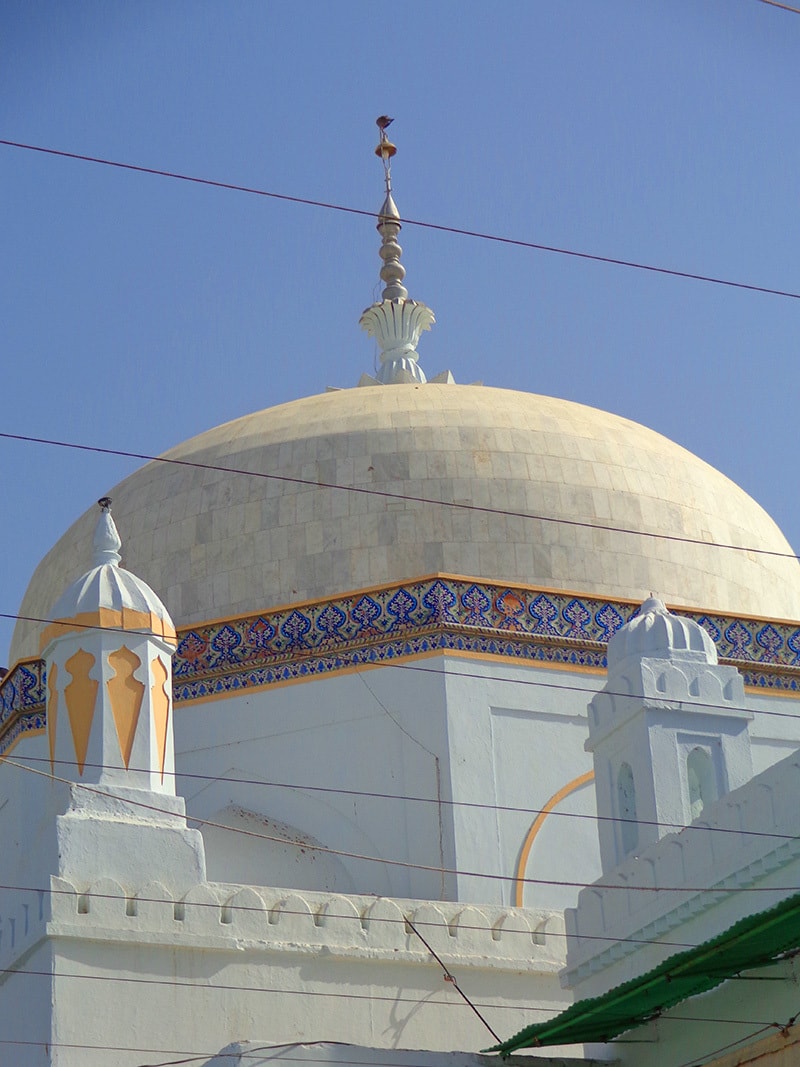 One of my colleagues once asked me that whether I thought it was possible that the Muslims and the Hindus can pray in the same place?

Obviously like most of the people my answer was no and especially if we were talking about Pakistan. He smiled at me and said that there is a place like that and not far from here. And to get the validity of this fact I travelled to Jhulay Lal to see it for myself. The most interesting thing is that in this era of religious discrimination that there is a place where religious harmony still exists like the old religious traditions. The shrine of Jhulay Lal is such one place.

It was a hot April day but some cold breeze made the journey bearable and we reached the shrine. Odero Lal where the shrine is situated 40 kilometers away from Sindh`s District Sangarh. This is a silence ridden city in the middle of which the shrine is located. 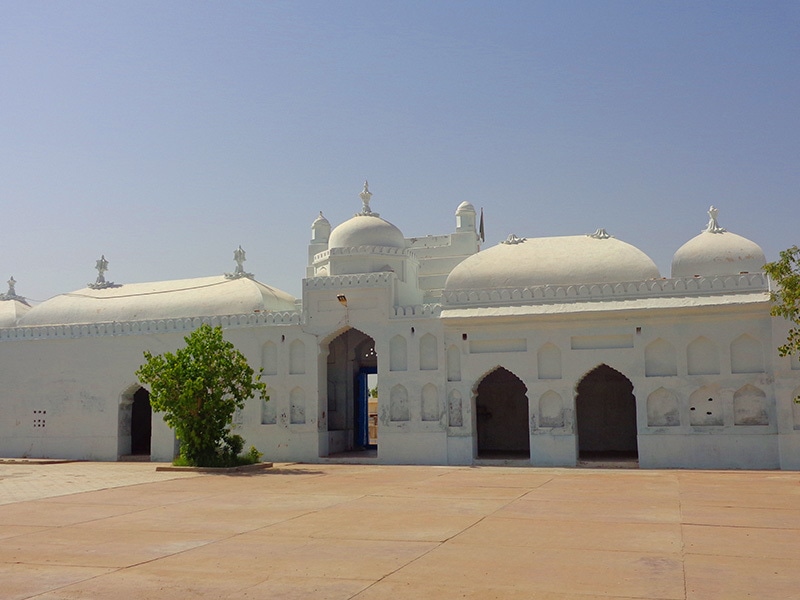 People selling little goods and snacks can be seen all around the shrine with people visiting sitting on hotels to drink tea while a radio plays a Sindhi folk song in a loud volume. Houses were small while the streets were very narrow but we didn’t face any problem in reaching the shrine.

The white tomb of the shrine can be seen from afar shinning in the sky while the shrine inside is white from top to bottom and the walls give a sense of a historical castle. The interior is comparably new and constructed recently. The wooden carvings on the door seem very beautiful. An annual festival and Urs is held in the honor of the pious which is attended by all sorts of people from all around the world. With this is also a room in the shrine where the pairs of this pious man`s shoes are kept. 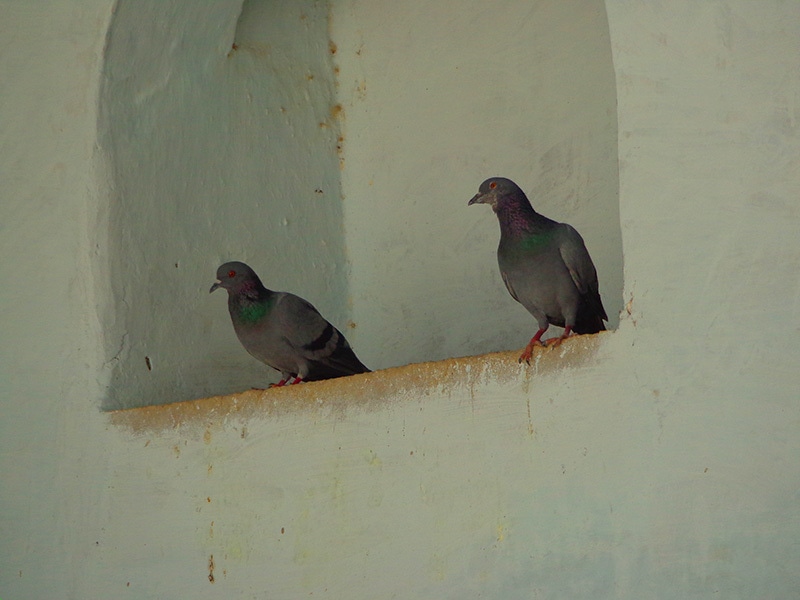 Jhulay Lal is said to be connected to the River Indus while he was regarded as an incarnation of the Hindu god of the rivers “Varun”.

Most of the Muslims regard him as Hazrat Khwaja Khizr regarding who is said that he was a guide to those who got lost as sea or river while travelling. Fishermen hold more honor and regard for him and he is also known as by the names of Zinda Pir, Sheikh Tahir, Khwaja Khizr, Odeera Lal and Amar Lal. 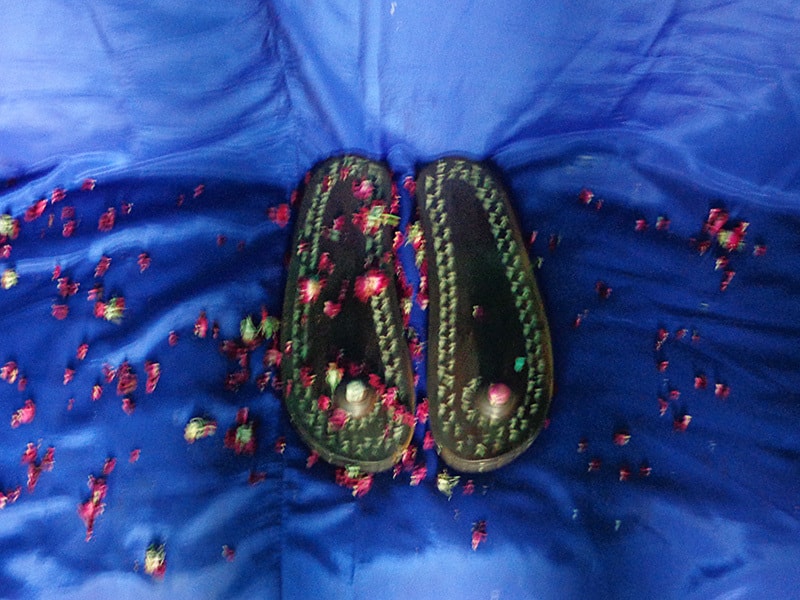 According to the different references from the Colonial times, this pious man came here in the seventeenth century. When cruel ruler of Thatta named Mir Kho Shah forcefully tried to convert the Hindus into Muslims, the Hindus took refuge near the Indus River and fasted in order to seek help form the River.  Upon this, a face appeared in the water which told them that a baby boy would be blessed to an old couple in Nasarpur who would be their salvation and will save them.

The boy was named Odera Lal and he was given the title of Jhulay Lal because the swing he was in would move on its own. This little boy grew into a brave man who stood against the cruel ruler and made him realize his mistakes upon which the ruler agreed to let the Hindus of the region live with liberty.

When one enters the shrine, the whole soul is suddenly filled with peace and serenity. The tiled floor was comparably cooler so we sat silently on it. The air inside the shrine was very different and there was a yellow light scattered in the whole place because of the many lit diyas. 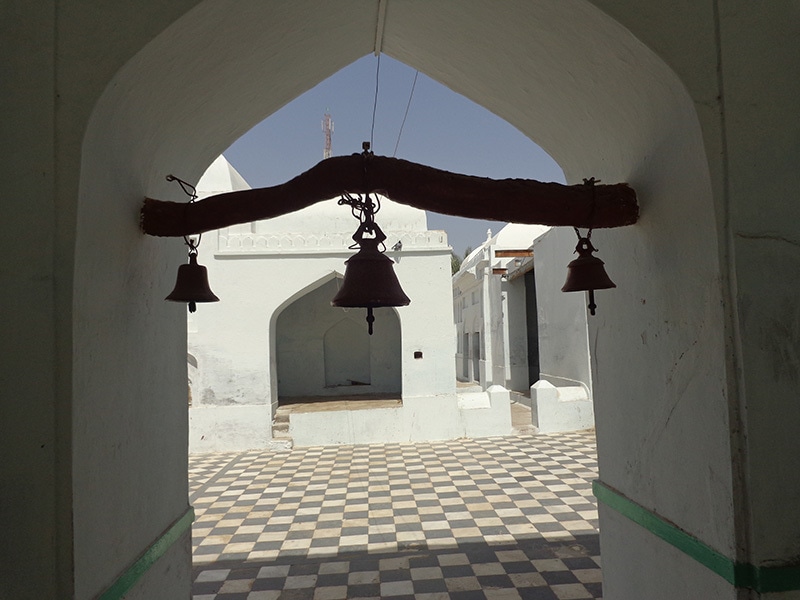 Whenever people try to portray Jhulay Lal they either do it by portraying him sitting on a Palla fish (famous fish of the River Indus) or sitting in a horse. It is believed that he disappeared in a well with his horse and it’s the same place where the shrine is built. 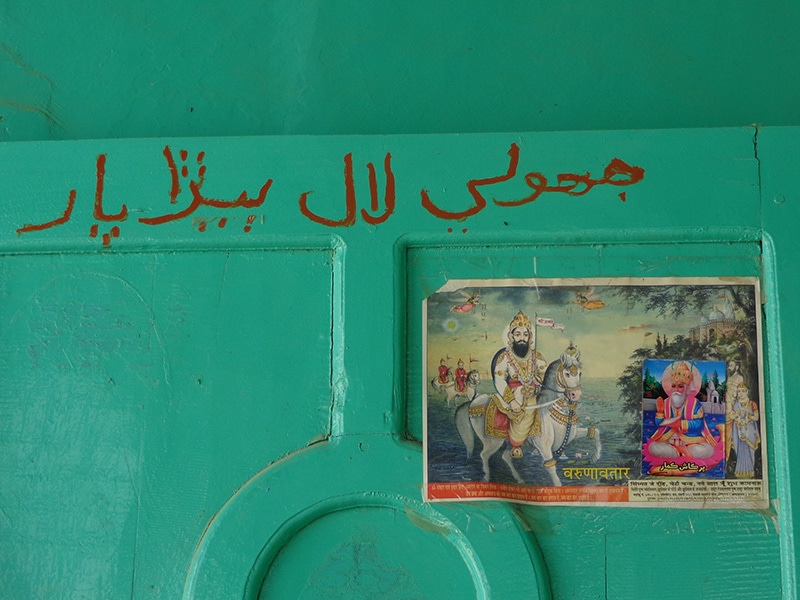 People had all sorts of color strings and cloth tied to a tree in the terrace for their wishes to come true and they untied only when their wishes have been granted. On the happiness of their wishes come true, the devotees bring gifts to the shrine in return. 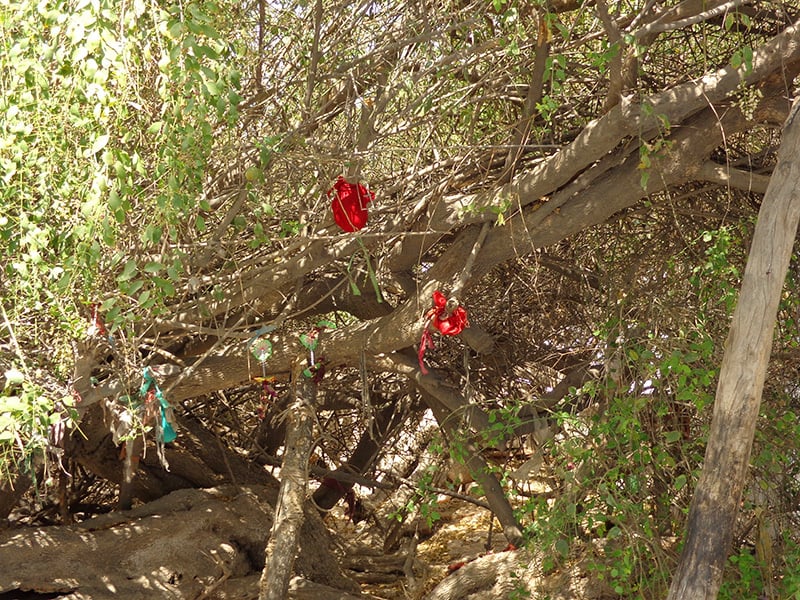 Upon return we also made a wish that there may forever be peace and harmony in our society and that there may be many more places and practices for religious harmony and brotherhood to keep the peace in the world alive. 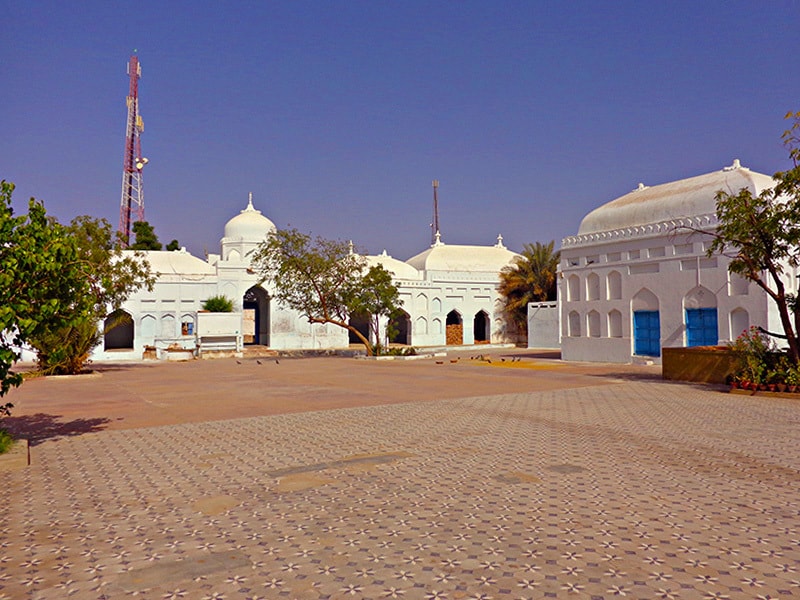