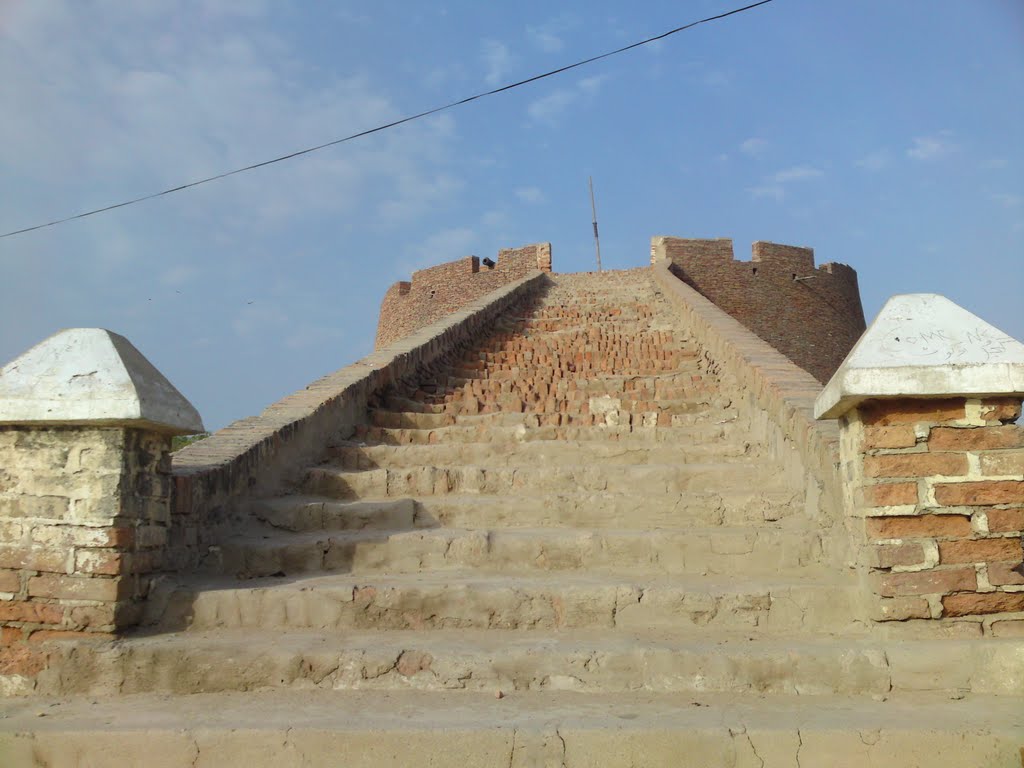 Once known as Amarkot, the fort of Umerkot is on the brink of extinction as not only the record of its original builder; Amar Singh has been overlooked who was also the leader of this region but also the heritage is declining towards a dead end. The walls are in pathetic condition, the stairs leading to the watchtower are missing here and there and the sign boards have also been faded.

A member of the Sodha family, a sub-tribe of the Rajputs who settled in Umerkot around 11th century, Vikram Singh claims that the government has been unable to give the right amount of appreciation to his ancestors for building the fort.

Showing around the fort which Vikram claims that the fort belonged to his ancestors and that it borders India which is also known as the gateway to the Thar Desert. He also tells about one of his ancestor Rana Rattan Singh who was hanged by the British for fighting for the rights of the Sindhis, he even showed the actual place where the execution took place.

He informed that the fort was a place where many Muslims were given refuge. Humayun, a great Mughal king was also given refuge in the fort when he was on the run from Sher Shah Suri. The birthplace of the great Mughal emperor Akbar is situated a few kilometers from the fort.

The present Rana of Umerkot is Hamir Sigh who is Vikram`s first cousin. Many villagers come to pay respect to Hamir at his ancestral home built 100 years ago. Rana Arjun Sing, Hamir`s grandfather at the time of partition decided to opt for Pakistan as its roots belonged to Sindh and so he favored Pakistan over India. Hamir says that Nehru personally approached his grandfather during the partition but he loved Sindh more and stayed with his decision.

But seeing the indifferent and ignorant behavior of the Pakistani government over intolerance in religion and persecution of the Hindu community made the Hindus lose faith in Pakistan and they went back to India. The households here have strong connections in India as Hindus here prefer to get married to someone across the border rather than within their community because of which the population in Umerkot is equally divided among Hindus and Muslims whilst it used to be 80% Hindus at the time of partition.

Sohail Sangi, a teacher at Sindh University who is also from Umerkot says that Sindh`s borders regions are being neglected unlke Punjab`s and he blames this on the paranoia of Pakistani militia under the pretext of it having border with India.

Umerkot`s rich culture and diversities are something to be proud of and cherished but Pakistani government continue to neglect its betterment and improvisation.