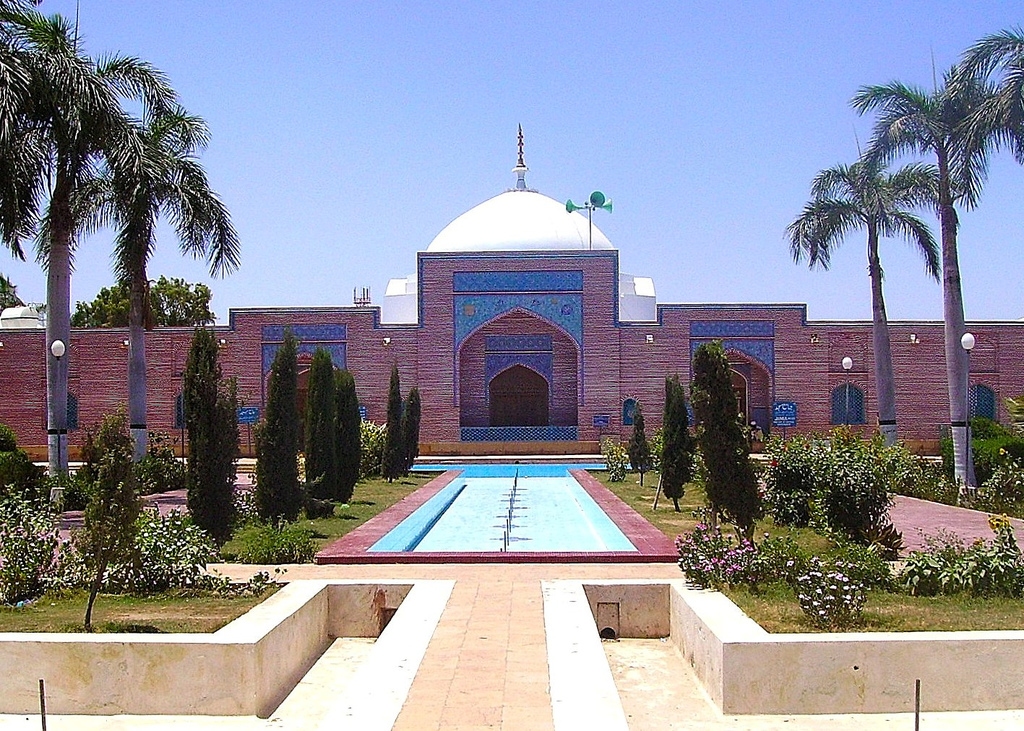 The Shah Jahan Mosque is situated in the historic city of Sindh, Thatta. This breathtaking mosque is situated about 100 kilometers from Karachi and approximately the similar distance from Hyderabad as well. This ancient city consists of numerous monuments that are included among the UNESCO world heritage, involving this prestigious mosque as well.

The walls of the monuments narrate its story of another time; the good times and also the mercilessness time. What a magnificent architecture it has. While entering into the mosque, the garden tells a story of negligence; but stepping foot into the mosque will surely make you hypnotize.

This fascinating mosque was established during the dynasty of Mughal Emperor Shah Jahan as a reward to the individuals of Sindh for their generosity. The first stone of the mosque was laid in 1644, and while the entire construction was ended within 3 years.

The blend of red and blue bricks – colorful tiles – brought from Hala, another amazing town in Sindh province – adds a mesmerizing flavor to the walls. The mosque is comprised of total 33 arches and 93 domes. Although the most intriguing detail: it doesn’t own a single minaret.

It was established with sound desires in mind, and an individual speaking on the one side of the monument can be heard on the other side where the amplitude increases 100 decibels. From the sound and lighting system to ventilation, everything reflects the peaceful artistry and crafts.

The asha’ar written in Farsi will surely take the visitors back to the times of Mughal Dynasty. Instead of the devastation of time and the utmost ignorance, the mosque still retains most of the beauty of its period.

There is hardly any maintenance implemented. The broken and ruined tiles have hosted the sparrows’ nest in it and are a major source of enjoyment for the children. The entire domes of the architecture are covered with spiders’ web. The working of the maintenance which is being implemented on the mosque is not of better standards. The material and stuff being utilized for re-construction is very poor. The artificial lights that illuminates at the night, depicts a terrific picture.

Making certain the arrangements of cleanliness and maintenance should not be that much complex for the officials. At least, the wazu khana must be cleansed and maintained in its genuine condition. The small stalls hosted in the garden must be given a proper place for canteen. There should be some stalls for the Sindh’s specialty i.e. Handicrafts. The authorities must ensure a daily visit to this mosque to look after the protection of this rich heritage. The media must also play its significant role in highlighting this rich heritage of Sindh globally as it will increase the tourism activities in Pakistan.

A few minutes away, the Kheenjhar Lake is situated from it. A tour to such world treasure is worth-visiting for the visitors as it provides a spectacular view of Sufism in Sindh.