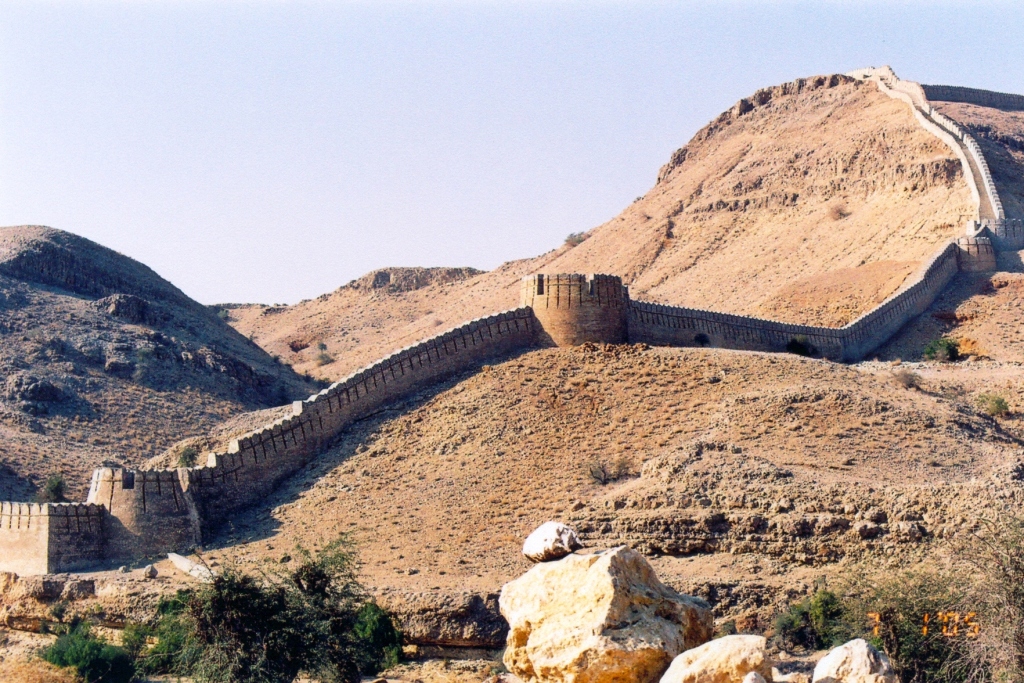 The man behind the “Karachi Walla” and “Overheard in Karachi”, Farooq Somro heads out to search the wonders and mysteries of Pakistan about which many would like to know the answers to. One of the most mysterious places of Pakistan, “Ranikot Fort” is claimed to be the largest fort in the world.

Also called the great wall of Sindh, the Ranikot has a circumference of about 26 km standing in nowhere and defending nothing, writes Isobel Shaw. Though the largest fort in the world, it is still not enough to focus the attention of authorities to turn it into a primary tourist attraction.

The fort is an easy access from Karachi through the National Highway. Heading to Dadu through the Indus Highway after departing from Karachi, it is approximately an hour`s drive to San as the road is in good condition. San is also the home to Sindh nationalist, GM Syed. There comes in a bumpy ride a little further from the town that boards the sign of Ranikot being at a distance of about 30 km but still the way can be covered within 30 to 40 minutes.

This passage leads to the eastern side of the fort that is also known as the “Sann Gate”. The view is glorious while the walls are still in better condition. The road twists and turns and takes you to “Meeri” which is a quite small fortress with in the main one that constitutes the royal quarters. From that point you can look into another magnificent fortress in the mountains called “Shergarh”. Mohan gate is a must to visit, for which you have to take the road from Meeri and after driving for some kilometers you abandon your car and get on feet for the rest of the journey.

The path is marvelous, taking one through the tremendous canyons and allows a dip here and there in the rain-stream which is also a life line for the villagers residing inside the fort.  A 3 to 4 kilometer walk will lead you to “Paryun Jo Talau (پرين جو تلاءُ)” which means “pond of the fairies” that is quite deep and slippery in some places. By sticking to the route used by the resident pedestrian you will reach the gate after a few kilometers.  The stream ends here after connecting to other tunnels, according to the villagers the current has increased due to change in the seismic plates in the region while some animal fossils have been found as well.

The basic question that arises in anyone`s mind before going to these places that whether it`s safe or not though the journey can be completed with a single day but there were no security personal anywhere, though a lot of people from Karachi and even foreigners were seen at the site. It is a great opportunity for those who look to spend the day out on an open and adventurous destination.