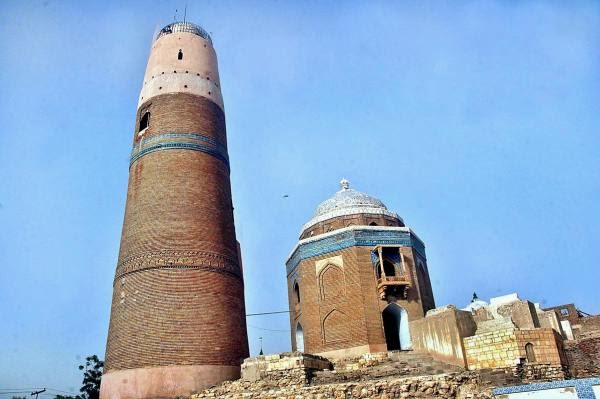 A refuge, a hotspot for suicide, a watch tower and now currently ignored but purposeful mark of Islamic Culture and Architecture. Masoom Shah Ka Minaar and the contiguous Baraadari have confronted 400 years long.

The well-known diplomat and poet from the Mughal Dynasty Syed Nizamuddin, who was affectionately called Mir Masoom Shah Masoomi, established the Baradari in 1528 which is 50-foot high domed refuge with the capacity of 12 doorways, to run away from the disorder of Old Sukkur. He was again made the governor of Sindh, during the dynasty of Mughal Emperor Jalaluddin Muhammad Akbar.

After the foundation of Baradari, Masoom Shah initiated the work of Minaar which took approximately 23 years in completion. Personally Masoom Shah administered its development for 16 years and then, after the tragic death in 1598, Syed Abu Muhammad Shah, his son, took the charge and completed the entire construction in 1605. This tremendous tower was then inaugurated and promoted by Mughal Emperor Akbar.

The minaret was established with exceptional bricks that were constructed with a local stone according to the revoke of history. These special bricks were firstly boiled in oil and then were plastered tightly together with a weird combination involving crushed bones of cows, goats and other halal species, Daal Marsh, water and sand. The height of minaret is 84 feet high; the boundary line of its base is 84 feet whereas the total stairs climbing up to top is also 84 in numbers.

Genuinely constructed to be a watch tower, the embellished minaret was soon inaugurated for people so they could praise its beauty and elegance. When people took another step beyond praising the beauty and started the trend of doing suicides from the tower, it was then decided to establish an iron fence at the top of the tower.

The Mir Masoom Shah Minar is vaguely leaned towards the Baradari, which in accordance to historians might be a mistake implemented during construction or the consequences of earthquakes which occurred in Sindh in 1828.

In accordance to the Shabir Ahmad Bohri, the Sukkur evacuee trust manager property, reconstruction of the Baradai, the stairs of minar and again plastering of its top portion was executed in 1986 by the department of archaeology.

He claimed that currently, the government of federal contributed Rs. 25 million to the renovation and reconstruction of minaret. The money will sustain to collect dust until a contract for reconstruction is given out, although.

Meantime, the minaret is being taken in care by a contractor at a cost of Rs. 265,000 each year. Even though, the graceful minaret and its domed neighbour pursue millions of tourists across the country, claims a worker, Zahid Shah.

The adults are charged Rs. 8 and Rs. 4 for the kids above 12 years age whereas the younger ones’ entries are free of cost, says Masood Ahmad Dole, the contractor.