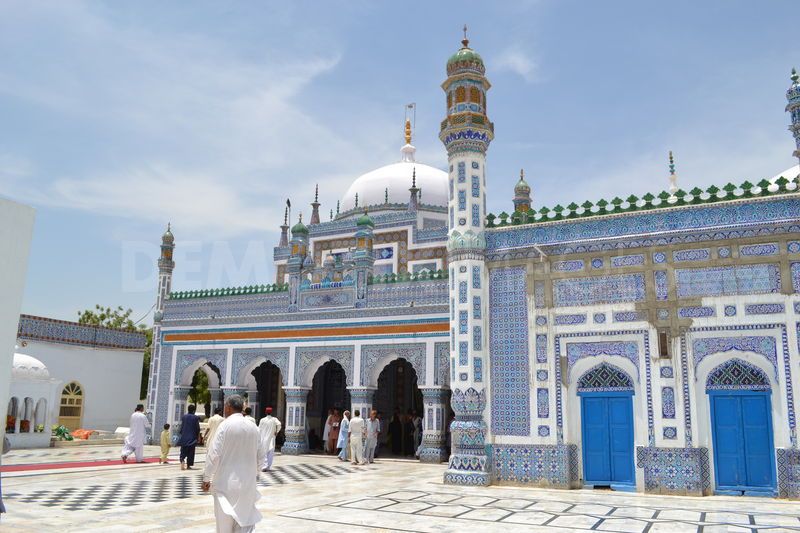 The best time to visit the shrine of the famous mystic Sufi and poet Shah Abdul Latif Bhitai (1689-1752) is during his Urs which is held during the Islamic month of Saffar. In 2014 his Urs was held in the month of December.

The shrine is overflowing with followers during the Urs so much that there would be hardly any space to do something. If one needs to be absorbed fully into the spiritual energy of the place so it is better to visit it during normal days. And that is how I decided to go to Bhit Shah in January.

The shrine is located at the National Highway with a three hour`s drive from Karachi. Some distance ahead of Hyderabad there is a branch road that would take you to Bhit in 30 minutes where the shrine is situated on a small island. in Sindhi language, Bhit is referred to an island and Bhit Shah means Shah`s island.

The shrine was first built in 1772 by the Governor of Sindh, Mian Mustafa Khan Khalhoro. From the period of its construction to up till now the shrine has been renovated many times and has been rebuilt as well. The buildings present in the complexes have been built with the remarkable work of tiles and glass. 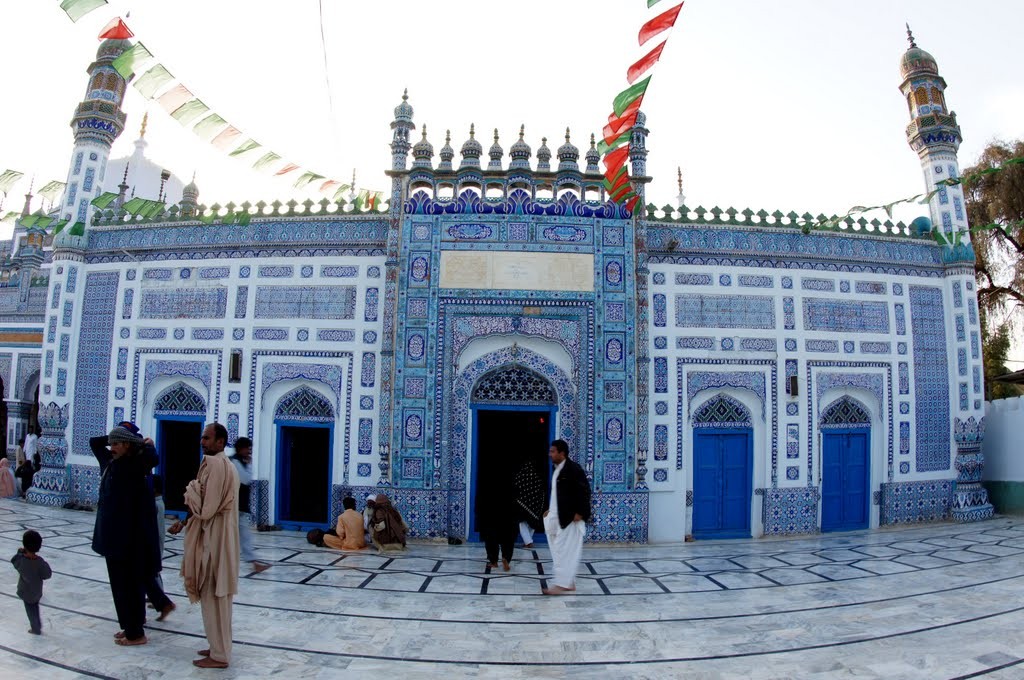 The first that surprised me when I saw the shrine was that it was in a better condition than I expected. There was care for cleanliness everywhere and the buildings were shining brightly in the sunshine. The main and the side halls were very large and spacy and the whole shrine was giving an unexplainable sense of peace and serenity.

There wasn’t much crowd so it allowed me to praise the beauty of the place with great detail and peace.  You can find peace where ever you sit in the shrine. The people were either inside or outside the building. A group of musicians in the corner were spreading the magnificent of aura of Shah Abdul Latif`s poetry in the atmosphere.

I was happy to see that there was no parade of armed equipment in the name of security but the heart wrenching thing was that there were beggar children there who were given training for being consistent and aggressive.

When I came back from the shrine I was feeling a sense of complete peace and harmony.

The only souvenir I brought from the shrine was the translated work of Shah Abdul Latif by a famous poet of Sindh, Sheikh Ayaz. I bought this book from a small stall outside the shrine.  This is a very beautiful translation of the famous saint`s spiritual poetry that reaches the soul of its readers.