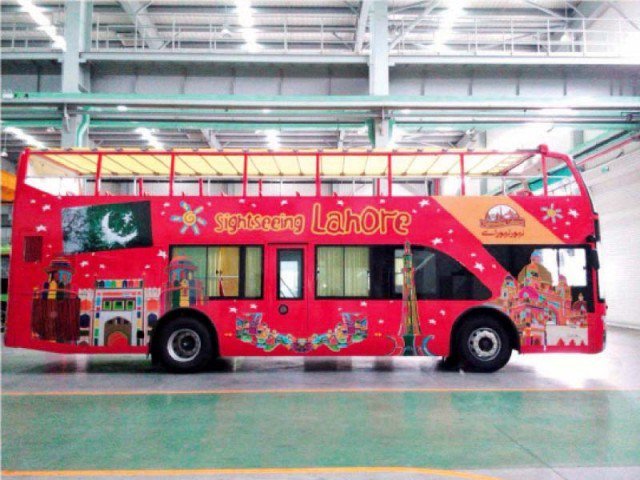 LAHORE: By next month, for the first time in Lahore, Provincial Government is going to launch the services of Double Decker Bus Service.

According to the details, Punjab Ministry of Tourism has announced to launch the services of Double Decker Bus services in Lahore. The service will be the first of its kind in Lahore, which will be used for the purpose of tourism purpose of historical places of Lahore.

In the beginning, the service will be started with the help of 2 Buses which will be imported from United States. The cost of these 2 buses is approximately around 30.9 Million rupees. Around 67 passengers will seated in a bus, while passengers will be able to get information about Lahore through a radio system available within the bus. Special Documentaries about tradition and culture of Lahore will be screened on special screens installed within the bus. The bus will be launched by the first week of October.