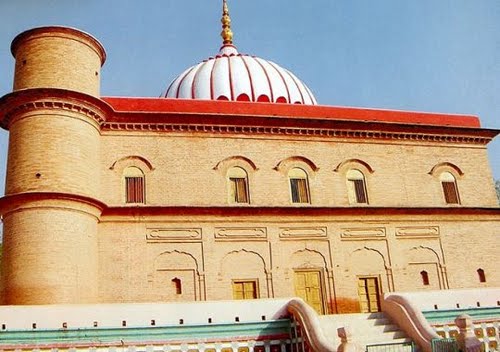 Halani is an ancient city besides the National Highway of Taluka Mehrabpur in the Noshahro Feroze, Sindh. This historical city has popular Hindu temples and ancient Mehrab Mosque of 18th Century. This city had faced a devastating battle between Talpurs and Kalhoras.

The destructive battle graveyard could still be visualized with gibbet standings commonly known as Pasni Ghaat. Along Halani, there is Mehrabpur and Kandiaro. As Halani belongs to an ancient period, it is provided much significance as historic heritage of Sindh and the Mehrab Masjid is considered as one of the precious assets of Sindh’s Culture.

This spectacular mosque was established by Sardar Mehrab Khan. This mosque is named after him to keep its efforts and struggles alive. He commanded the labor to establish such masjid that owns a hidden chamber inside it. The labor was very determined and creative so they built such mosque with unexpected secretive truth.

He commanded to develop 2 holes, one from left side and other from right side at the masjid where the imam rise for the pious prayers.

The holes were indistinctive from each other. The mysterious thing about this hole was to demonstrate the real date in the religious month of Ramadan. The visitors can see the moon one the right side if it is of 29 days and if of 30 days, then the visitors can visualize the beautiful sight of moon on left side. So the accurate date of Eid-ul-Fitr, the Islamic festival, could be calculated with the assistance of these holes.

The mosque is 100 years old but the appearance of it is very much contemporary and elegant. On the windows, bricks and doors, the painted work presents a magnificent view but it is ruining day by day.

The mosque can accommodate more than 50 people for prayer. There is huge ancient temple along the mosque.

Regrettably, the masjid is changing into a heap of dust due to the ignorance by the proposed officials and the deficiency of maintenance.

The Hindus from all around the globe visit their temple residing here, while on the other hand no one takes care of this rich heritage Mosque.

Their regional people discovered minor gold from the clay of prison residing there, so they imagined that there may be more valuable things hidden in the holes of Mehrab masjid. So they dug out this prestigious mosque but all in vain.

To secure this world heritage, we all must take some urgent precautionary steps to maintain and save this marvelous mosque.

The Ancient Monuments of Thatta Depicts the View of Ignorance