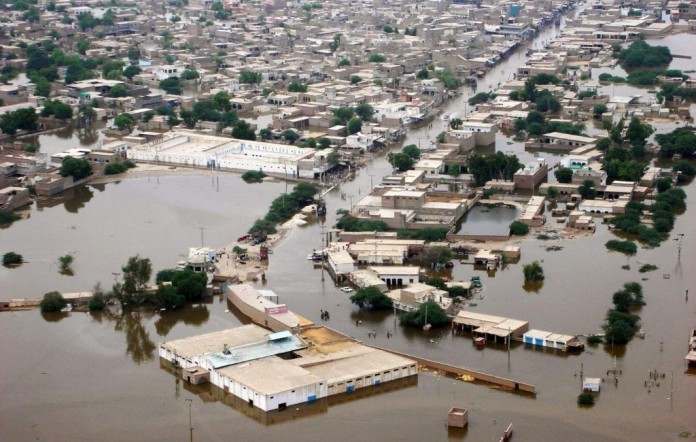 Islamabad: Thousands of people living on the coastal area have been rendered homeless, Delta`s 35 million acres were thrown into the sea, intoxicated waste of factories and garbage thrown into the sea has greatly damaged the marine life, based on international research, Thatta and Badin will drown by 2040.

73% of the population is suffering from hunger and the city of Badin is only 40 kilometers away from the sea now because of which the delta is finishing and now the circumstances are that the sea is entering into the river. Through a non-governmental working group, Express was given a tour of some areas of Karachi such as Ibrahim Haidri, Thatta, Badin and Kaity Bander. The chairman of Fishery Forum Mohammad Ali Shah was also present and he told Express that we have been punished more than anyone for these weather changes as the government has completely neglected the problems of the coast, basic needs of life like schools, health and infrastructure are all missing.

An area of about 1050 kilometers is coastal area in which 700 kilometers is in Baluchistan. At sensitive areas, both the countries capture the fishermen of each other and there is no permanent solution to this issue. A habitant of Thatta named Gulab Shah tells us that the sea has mercilessly taken 35 lack acres of Delta and he had 375 acres of land which has also been taken by the sea and now he doesn’t even have a home. Due to environmental and abnormal weather conditions the sea level has risen at least 5 to 6 feet and the agricultural land has been destroyed by the killer and heavy storms. The landlords have become fishermen while eighty one thousand acres of land has become barren due to salty water rising up on the land.